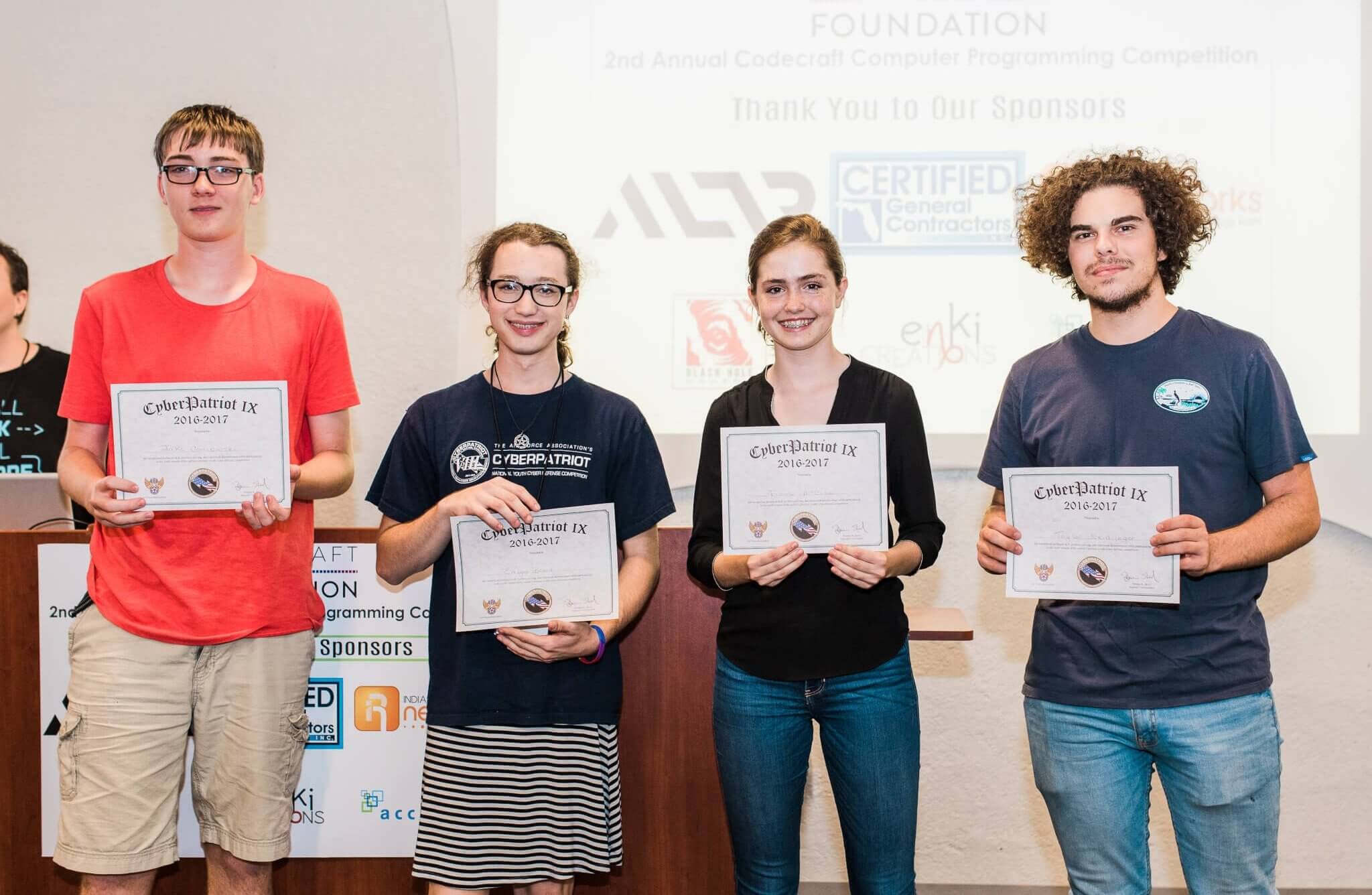 By Fiona McCrae
Computers have come to play an incredibly vital role in modern day commerce, research, and culture. An internet of fiber optic and copper arteries are pulsating under oceans and across mountains, entangling steel skyscrapers and suburban main streets, flashing on and off with light and electricity to transport the constant flow of information that powers modern civilization. In most pockets and purses, at least one computer can be found, continually inputting and outputting waves of data like magic radiating through the air. Despite this miraculously accessible information cache, ask an average citizen the difference between the Internet and the World Wide Web, and most likely, they will be oblivious to the systems that pump information throughout the globe. The ones and zeroes that dictate the displays on our screens did not just descend as a deus-ex-machina to feed our need for speed in communication, business, and warfare. In fact, the fundamental ideas of computer programming have been around for over 100 years, since Ada Lovelace collaborated with Charles Babbage to manipulate algebra and program Babbage’s analytical and difference engines to solve polynomials (Sussman 18). We may have come a long way 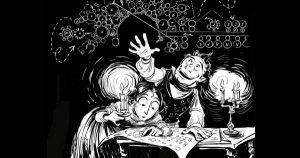 since, but it has remained that relatively few people have learned basic computer science, let alone have the ability to program raw lines of code to accomplish a simple task.
One group of people, however, are well versed in the computer world. Hackers may get a bad rap in sensational media, but they are, in fact, incredibly skilled computer scientists who have put a lot of effort and creativity into honing their ability to navigate through the obscured world of code with confidence and nearly omnipotent control. While they can pose a prominent security threat to information and commerce in modern society, ethical hackers can function as an invaluable tool for good as computer scientists contributing to our economy, culture, and defense. Unfortunately for the rapidly evolving economic system, “[b]oth Australia and Europe forecast shortages of computer scientists of 100 (sic) to 500 thousand” despite “[w]orldwide exports of computer and information services [having grown] between nine and 32 percent from 2005 to 2015 and imports [having grown] from 6 to 28% in the same period” (Fluck 41). Culturally and socially, social media and video games are revolutionizing the way people communicate and share information across the world, requiring users to have a knowledge of security and opening networks of creativity for those who can create the next big thing (Fluck 41-42).  Perhaps most important of all, the new ability for nations to wage cyber wars and attack our information demands continual education and innovation from United States citizens to protect our country from cyber-attacks, matching wits against malevolent hackers. As the virtual realm expands ever more, and demand increases for competent programmers, we are doing an injustice to the young people of the United States by not providing them with the opportunity to learn the skills that will provide fluency in an expanse that already dictates our wars, our economy, and our culture; therefore, “hacking” or computer science and programming should be taught, along with cyber ethics, in the K-12 public-school system as a part of the regular curriculum, along with math, science, and reading.
Integrating computer science in the public-school system, does however impose a unique concern: will teaching kids these powerful skills lead to compromised security from within? At several universities offering computer science programs, “a number of legal cases with computer science majors indulging their newly acquired skill sets to do mischief” (Logan 66) have occurred. Dr. Patricia Logan and her student Allen Clarkson at Marshall University asserted that:
[S]tudents in CS [computer science] courses are often uniquely positioned to experiment successfully with their knowledge against campus systems… know[ing] that detection is virtually impossible…, that there is weak security, and their skill sets are often superior to low paid university staff. Further, students may not understand the ethical and legal implications of their experimentation. (65-66)
If a student used their new-found skills to hack into the grading or scheduling system, chaos might ensue. With an understanding of the code that makes up websites such as Turnitin.com or Edline.net, millions of student hackers could potentially derail 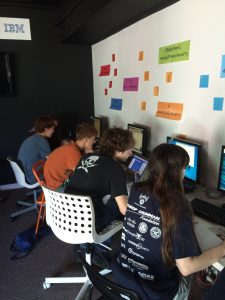 significant tools of modern education. It may be reasonably concluded, therefore, that teaching complex computing skills to the high school population, in an environment where they already have the technological upper hand, is a recipe for interference with the computer systems that allow public schools to run efficiently. These systems are especially sensitive because they contain detailed personal information of millions of students.
This argument, although logical given the unpredictable and curious nature of children, is somewhat short sighted. The skill deficit between teacher and student which would allow for troublemakers to interfere with sensitive school systems is not a permanent problem. When a new generation of teachers arises, having been taught the computer science curriculum, teachers will be one step ahead of their pupils. As for the current deficit, in a study done in 2015, recorded in an article by Angeli Charoula for the Journal of Education Technology & Society, “15 elementary school teachers[,]… unfamiliar with computational thinking and… [with] no prior experiences with computer programming… participated in 13 three-hour weekly meetings… [and] had no difficulties with understanding programming concepts” (55). This means that the turnover of qualified teachers for computer science in K-12 could happen rapidly with programs that are already developed and proven effective, where teachers have access to the same software and techniques their students will be using, such as simplified click and drag coding, like the web based software known as Scratch, and make models of computer programs, where teachers in this example “showed commitment in creating the best models they could possibly create,… often times… exhibit[ing] lots of creative ideas” (Charoula 55). These teachers, who will freshly understand the initial knowledge barriers of computer science, could even create a more friendly, empathetic education experience for students.
In addition, although computer science in public education provides students with infinite opportunities to take malevolent advantage of their newfound skills, “computing students can learn ethical behavior best through modeling of professors and other 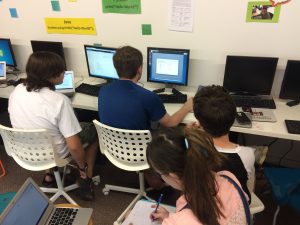 professionals” (Pashel 199) inside and outside of the classroom. Furthermore, “many universities not only make little effort to publish computer policy and infraction penalties, they rarely punish the infractions that are discovered… [creating a situation where] many students do not know their actions are illegal, or they simply do not care” (Pashel 120). This simple fact implies that many cases of cyber-crime due to increased education in the field are preventable by modeling ethical behavior and giving students a knowledge of the legal and ethical implications of their actions well before they have the chance to cause damage. Students should be aware of the legal and ethical information regarding cyber space in any case, because our definitions of ownership and privacy morph with advances in technology. If a safe and positive space for learning how to ‘hack’ became commonplace, it is likely that students would be encouraged to become white hat hackers “who use their ability in a manner that one would most clearly define as ethical” as opposed to criminally minded “Black Hats” or potentially well-meaning but ultimately unpredictable “Gray Hat… vigilantes” (Pashel 197-198). Already, there are websites that allow hackers to practice their skills ethically, while still feeling challenged and having fun, and there has been serious thought about how these contests can be further implemented to reduce cyber-crime, as discussed by Brent Wible in The Yale Law Journal (1577-1623). Getting these types of programs into schools, students could get the rush and excitement of challenging themselves creatively through a means that prepares them to be professionals in the future with the knowledge to protect their information and the information of others. A generation that has the knowledge of powerful computing skills, as well as an understanding and integrated practice of ethical hacking skills will be discouraged from engaging in unethical, and possibly illegal misuse of the valuable computer science skill set, and more likely to make the computer world a secure place for our valuable information.