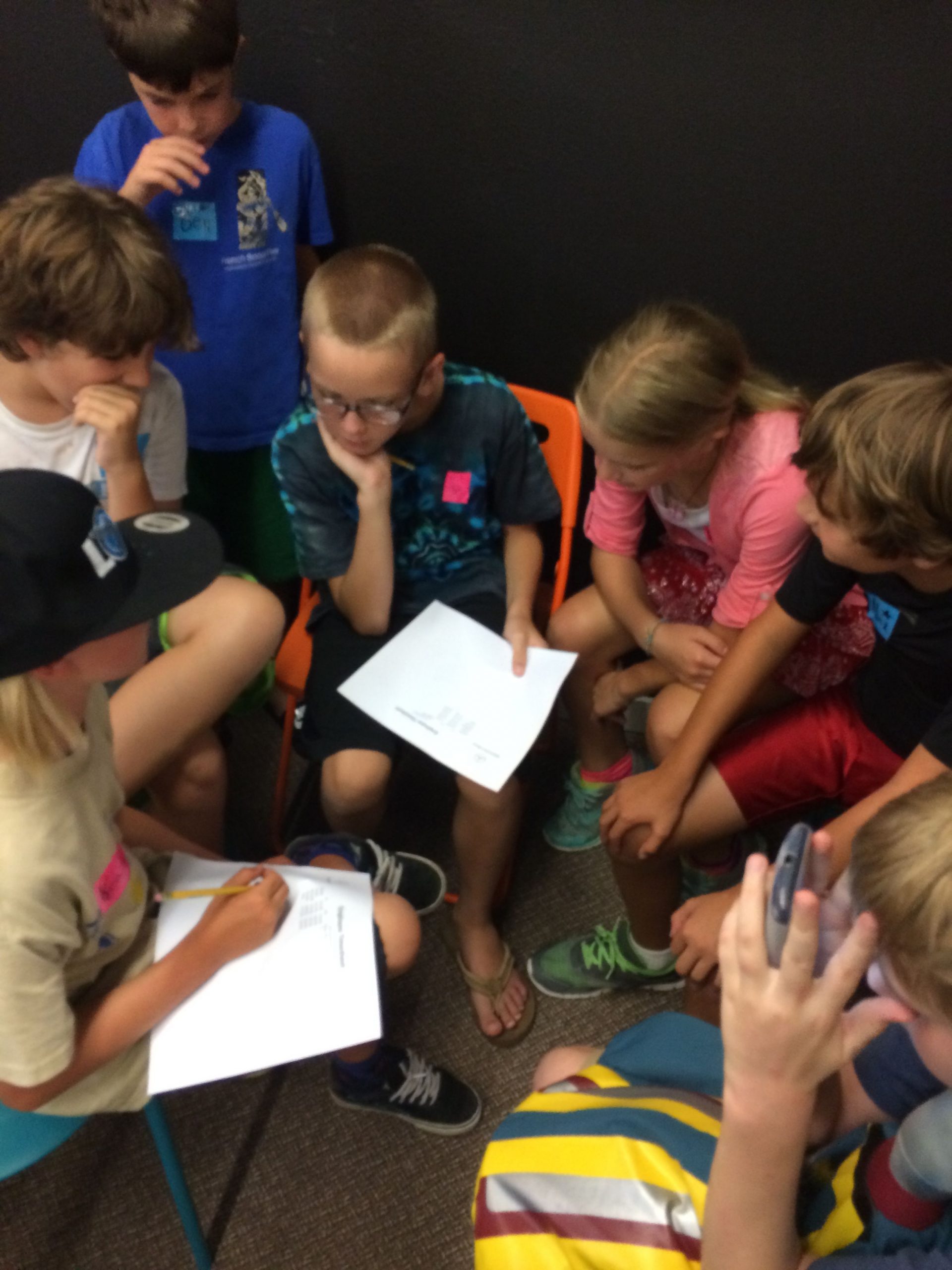 The young geeks at the Codecraft Lab Python summer camp had a visit from Christopher Struttmann, who asked: Why do we code?  Chris Struttmann told campers that he got his early intro to computer programming at age 11. In high school, Chris joined the robotics team and developed an appreciation for hard computer problems. The kinds of issues that everyone said were impossible to solve, were exactly the ones that he couldn’t stop himself from tackling.  Fueled by his lifelong interest in the power of computing, it was his appreciation of computing power and drive to solve big problems that eventually led him to co-found Privicee and create a next generation web-based platform.

In an interactive Q & A session and quest to answer the question, “why do we code?” Chris talked with campers about algorithms and helped students understand the concept loosely as a program with a series of well-documented steps performed to achieve a specific result. The discussion continued with enthusiasm as kid campers considered their own use of computer programs, social media, and the internet. Participants explored multiple examples of algorithms in use within programs they are familiar with and complex decisions that are made, like Pandora’s song suggestions, Amazon advertising, and GPS turn-by-turn navigation.

Then the Codecrafters had a challenge presented to them.  Calculate how much money a Mercedes Benz employee should be paid at the end of the week after working for nine dollars per hour, between 5 and 8 hours a day, for a full five-day week?  Campers were given a “time card” and divided into two groups; one would find the total using google sheets and the other would find the total by hand. The Google sheet group completed the task in a few minutes, with multiple team members getting accurate results quickly. The human-powered group, however, took at least 10 minutes and had answers that, although in a close range, differed from one another. When asked to consider what the other 15 employees who worked that week would be paid, the answer was crystal clear.

Why do we code? Easy! Solving problems with computers is faster, more accurate, repeatable, and the basis of modern advancement. This discussion, hands-on activity, and self-evident answer left the kids excited for both spreadsheets, as well as their future problem solving with code, and sparked curiosity about what will be made possible next with the power of computer programming and algorithms.