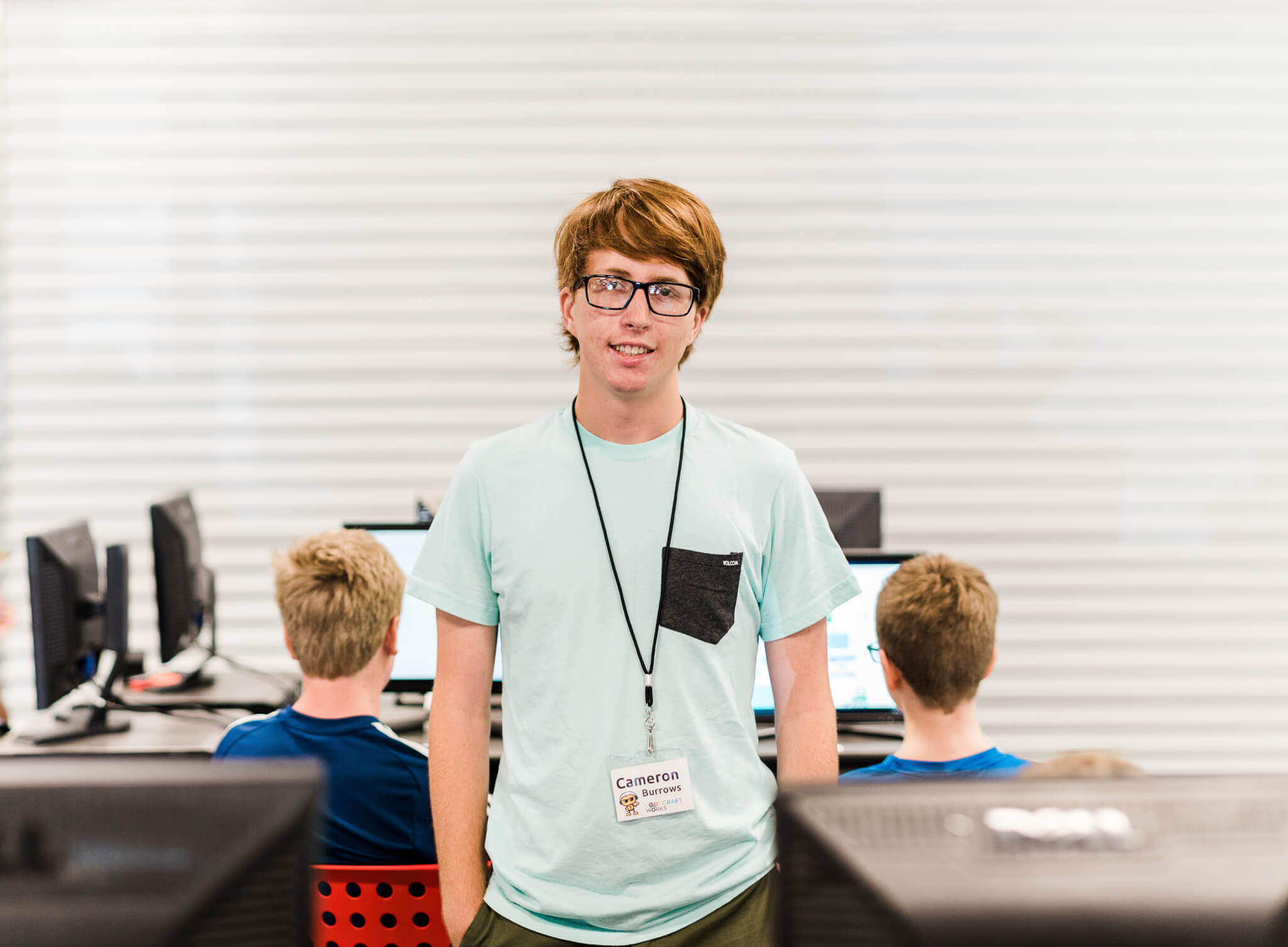 Codecraft Works became a Brevard Public Schools partner in 2014. Though this partnership is young, we’ve been lucky enough to work alongside a variety of talented teachers, interns, and employees. Their hard work and dedication mean the world to us, so we are starting a case study series. In this series, we will talk to community members past and present, and highlight how their work with Codecraft has positively affected their lives. We are so happy to know that our work matters. Thank you, for joining this community and supporting us each step of the way.

Cameron Burrows is a high-school senior. He has become a fixture here at Codecraft, as he has volunteered through the Codecraft Foundation for years and then accepted a position as a paid intern for Codecraft Works, as well. Cameron initially heard about and started participating with Codecraft when he was in middle school. He began his time with us as a participant in the introductory camps for Python and web development. Once he learned more about coding and all of its intricacies, Cameron couldn’t stay away. He started as a student, and slowly became an active member in the Codecraft community. He is now a teacher with us, and shares his passion and knowledge with other beginners.

“After learning about coding I was hooked,” said Cameron. “And the learning experience at Codecraft was a unique, fun, and challenging experience, which I enjoyed.”

“Codecraft has continually challenged me throughout the years,” continued Cameron. “[I was challenged] initially as I was learning the basics, then more as I progressed through the courses.” 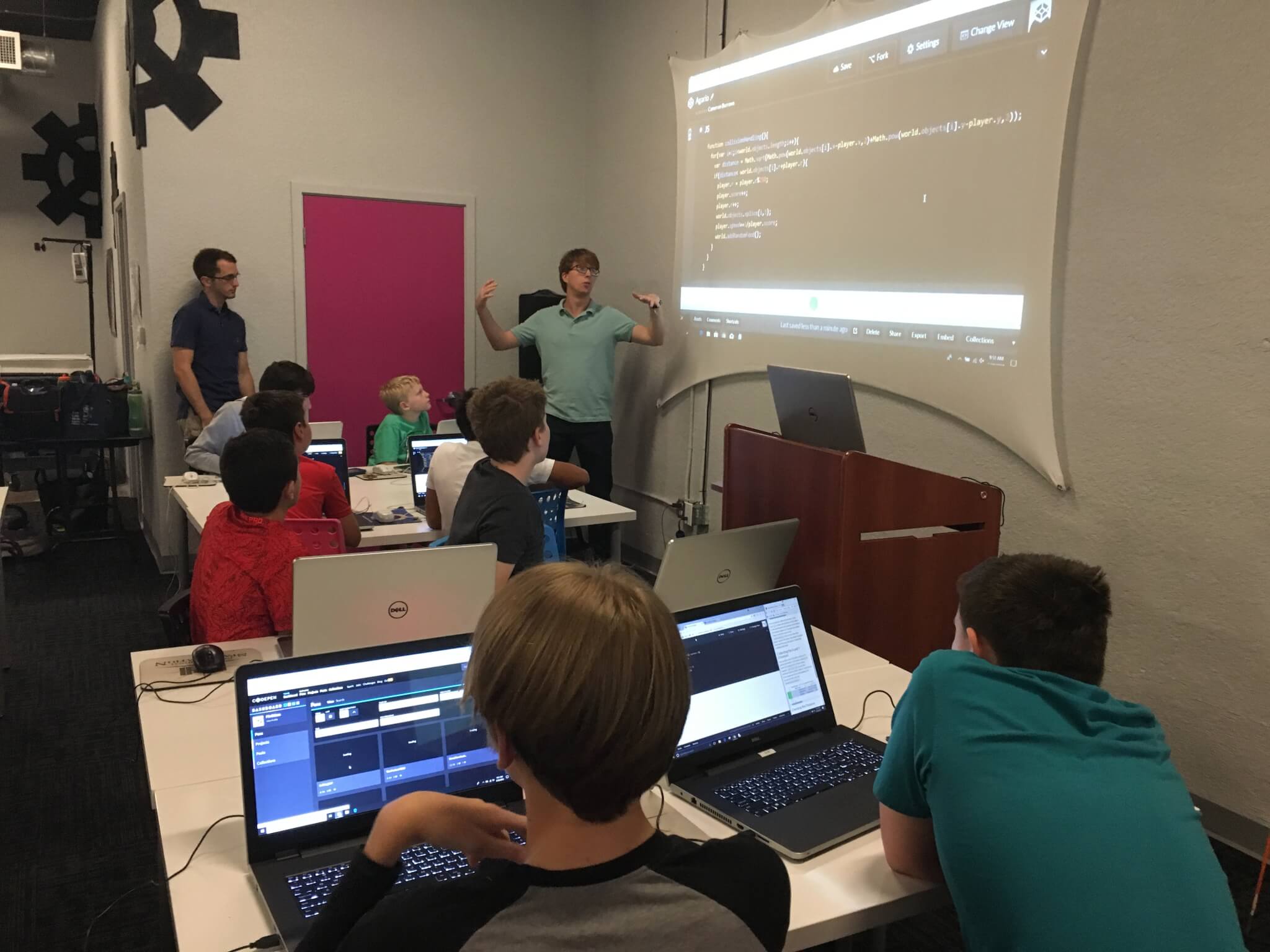 Codecraft has not only challenged Cameron, but has helped foster his passions. He has developed a tremendous love for coding and working with computers. As a result, he does as much outside of the classroom as he does while inside. For Cameron, efficiency is key.
“For instance, I have made an application that runs in the windows system tray to easily toggle my sound between my speaker and headphones, and I have made a Python program that would automatically access my grades from school and display them on my website.” Of course, that’s not all he’s done.

“In addition to this, this year I am working on making a facial recognition program in Java from scratch, using deep convolutional neural networks,” continued Cameron. “This project has proven to be by far the most challenging I have ever undertaken, but I’m also learning a lot in the process.”

Cameron said that he has learned a lot at Codecraft. From learning the basics of Python and web development to cybersecurity and ethical hacking, Codecraft has equipped him with the knowledge he needs to study and succeed in a cyber field. After Codecraft, Cameron hopes to obtain a degree in computer science. 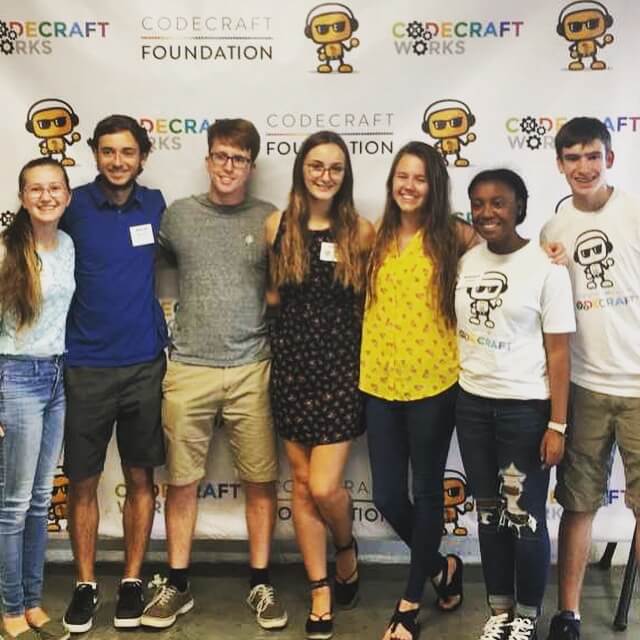 “I am not entirely sure what specific field I would like to enter, I just know I’d like to be a software engineer,” said Cameron.  “I am currently interested in machine learning and neural networks, which is why I am doing a project on that this year. [I want] to see if it’s something I would like to pursue in college and in my career.”

“Throughout my experiences in computer science so far, I have consistently enjoyed projects that involved heavier math and complex algorithms and theories,” said Cameron. “So, if I don’t pursue machine learning, then I will likely pursue another similar topic.”

Cameron is a great addition here at Codecraft Works. Though we’ll be sad to see him leave, we’ll be happy to watch him succeed in his future endeavors.